This week I spent a lovely few days away in Southwold with my daughter. This was not a photographic holiday but there were plenty of opportunities to take a few snaps. The problem with a place like Southwold is that it is a mecca for photographers and artists so the challenge is to try and take some pictures which are different from the many you can see and buy in the town. I did take some inspiration from other images but then tried to make them my own, either by changing the angle of the shot, using a different lens to get a different perspective or the way in which I processed the images. Here are a few which have had Fractalius applied to give the effect of a painting. 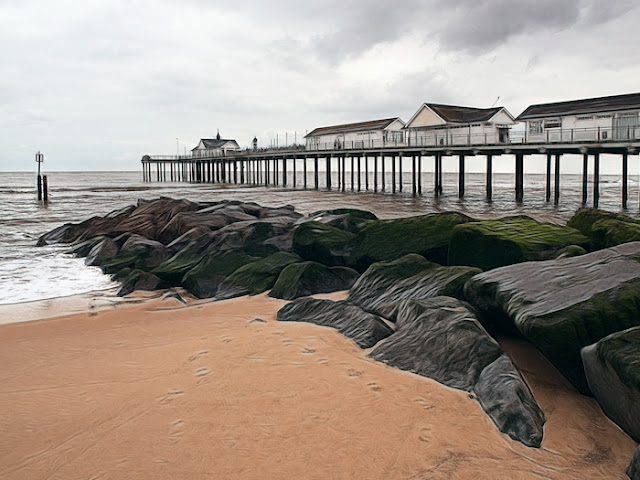 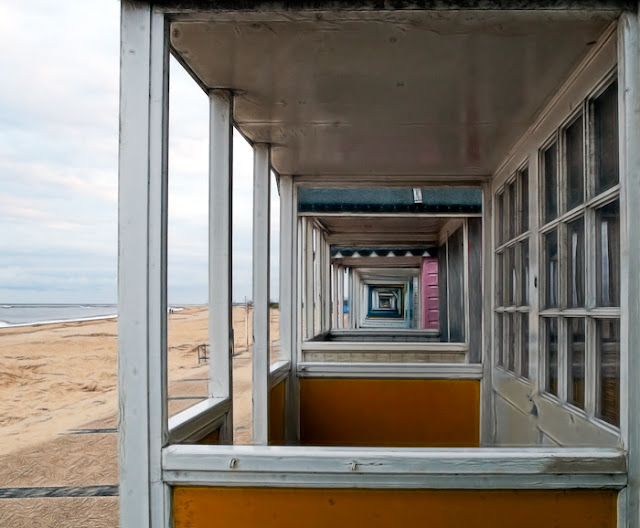 Today we celebrated my parents 60th wedding anniversary which was on 8th September. Last night, before the main celebrations, we  went our for a meal. This image was taken from the restaurant window, it was pouring with rain. I have produced two versions, I like both for different reasons, what do you think? 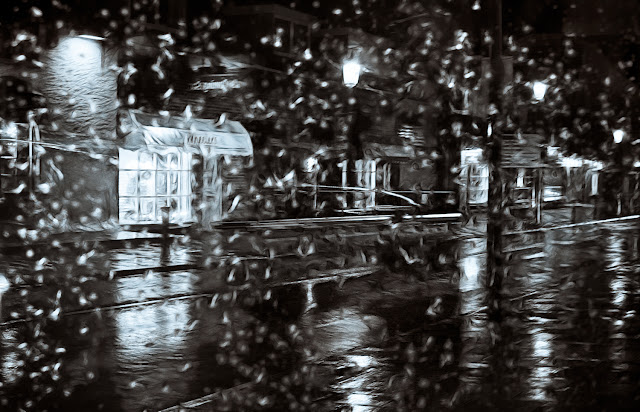 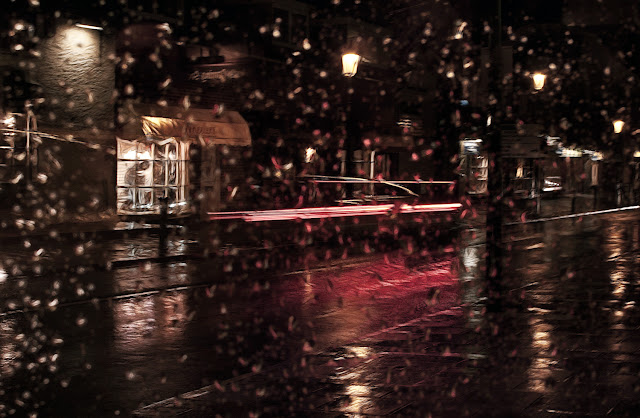 Week Thirty Eight - September 18th﻿
Not having maanged to get out with my camera this week, I have returned to my Southwold pictures and, using Photoshop magic, created two very different images.
This is a mono image to which I have added a cyanotype filter. In my opinion this has greatly added to the mood and impact of the picture 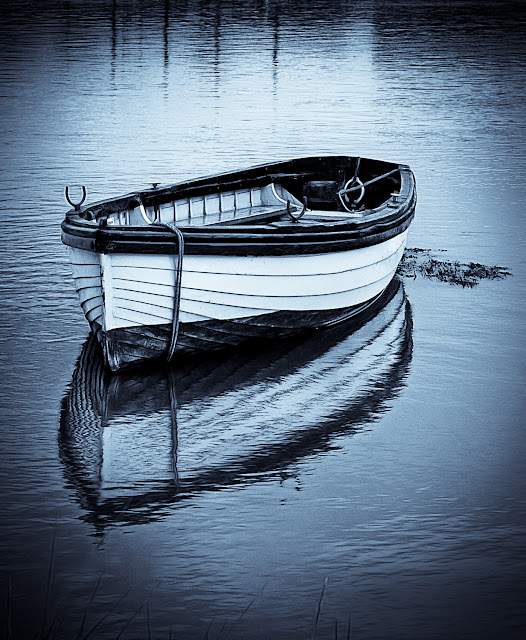 This one has Fractalius and creamtone treatment from Photoshop added, increasing the texture and giving an impression of an old and decaying hulk....which is for sale!! 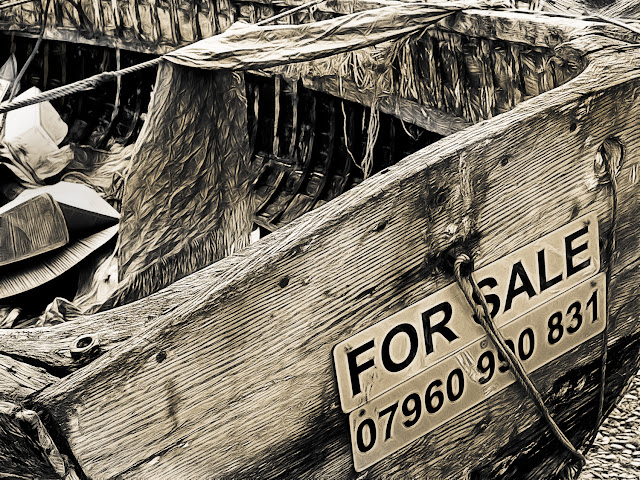 This week I again spent sometime looking at some pics from the summer. I returned to one of the sunflowers which I took at Borough Market in August. Sunflowers are one of my particular favourites. 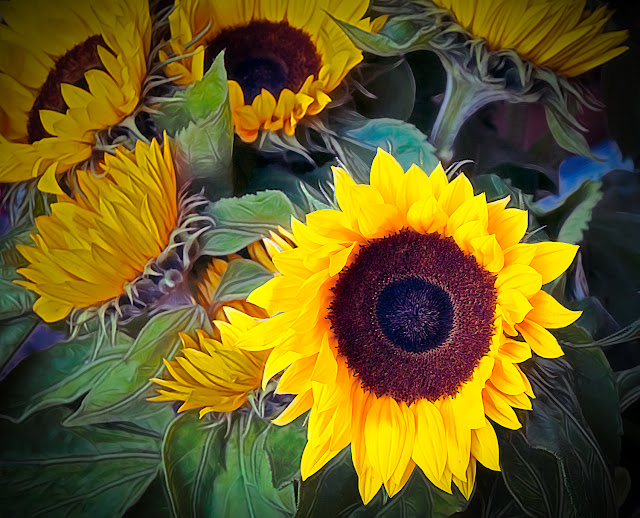 Well this week has seen unseasonably warm weather with temperatures reaching 29, may be even 30C, so yesterday with a few hours to spare I went to Ashridge forest to see if there were any pics to be taken. I had hoped I may see some deer or maybe catch some autumnal colours, as it turned out neither were to be found, although I did see a herd of deer running in the opposite direction, but I was in the car with nowhere to stop!
Anyway I did play around with the light as it produced some interesting effects on the ferns, this is one close up, I enjoy the shape and texture of the fronds. 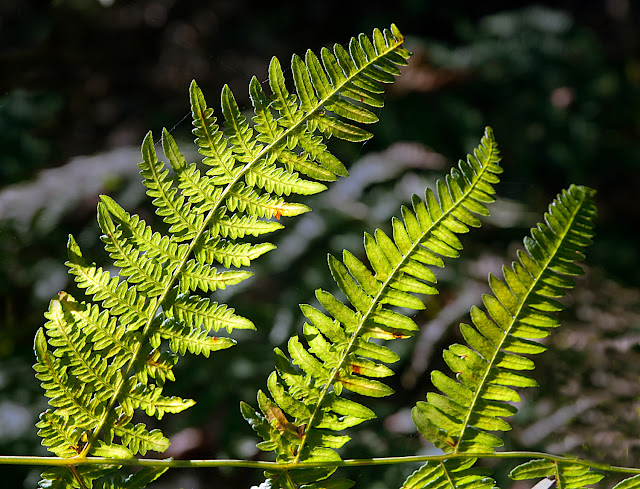 Moving further into the forest I found that the dappled sunlight produced some attractive effects. This shot has been 'played with' in an attempt to enhance the dreamy effect and also to bring out some of the textures, which for me are the main features of this pic.

What a difference a week makes. Last week the weather was warm and glorious, this week it is wet and windy, hence my return to pics already in the can.
Obviously this one was taken on our cruise. Sometimes people do the strangest things, this couple saw the sign, turned around and went the other way!! 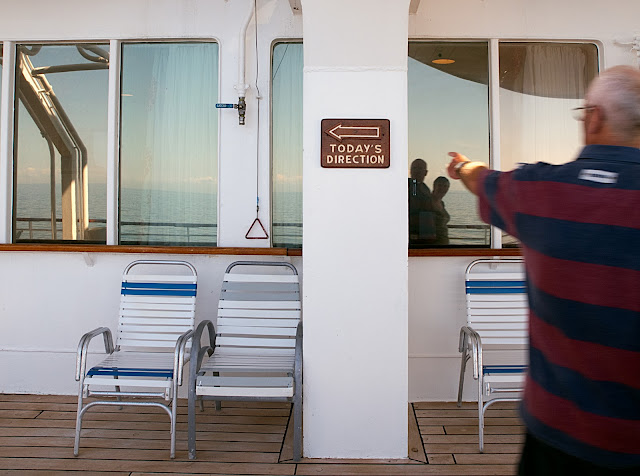 During the week I was considering some entries for the Swansea International Exhibition and decided to experiment with another of my cruise pictures. I liked the composition and angle of this image but it was still rather boring and I felt it needed something to make it a little different so I returned to my old method and went into my Fractalius program. I like the final effect because it takes the best bits of the original, composition and aspect, and adds an effect to make it almost abstract. 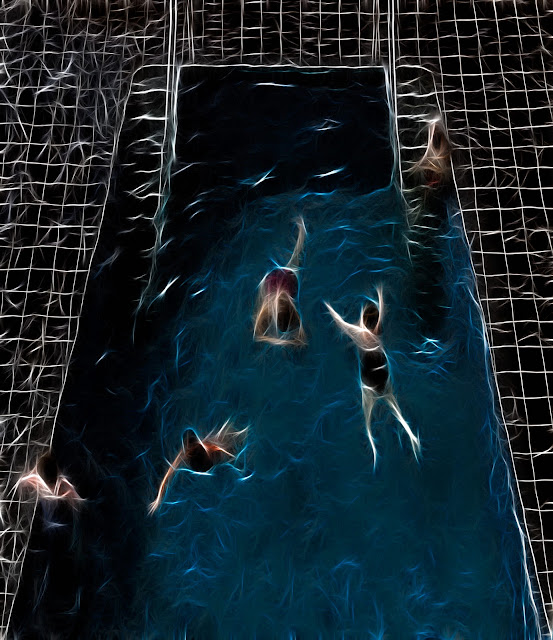 Week Forty Two - October 16th
At last I have some new pics to share. Two weeks ago at my camera club we had a speaker on zoo photography which re sparked my interest. I live very close to Whipsnade Zoo and have an annual membership, however I do not visit as often as I should to take advantage of the ﻿pass. The talk re ignited my interest and the promise of good weather saw me visit yesterday. This image was taken for the shape and reflections, Flamingos really are quite fascinating creatures. 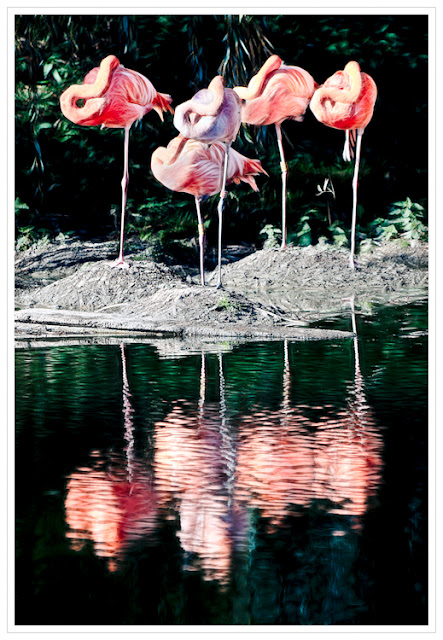 Week Forty Three - October 23rd
Yesterday I sold an unused lens and purchased a new 'small' camera. Its part of the Olympus PEN series, which is not much larger than a point and shoot but with many of the capabilities of a DSLR, such as full manual mode and the possibility of using interchangeable lenses. I enjoy having a camera which will fit comfortably into my bag but which will provide me with image quality suitable for exhibitions and competitions.


Now to explore its capabilities. Firstly I set up a still life image so that I could get used to using the lens before I took it outside. Within a very short time I was taking reasonable pics, this is the first edited version using the EPL2 and a normal 4/3rds lens 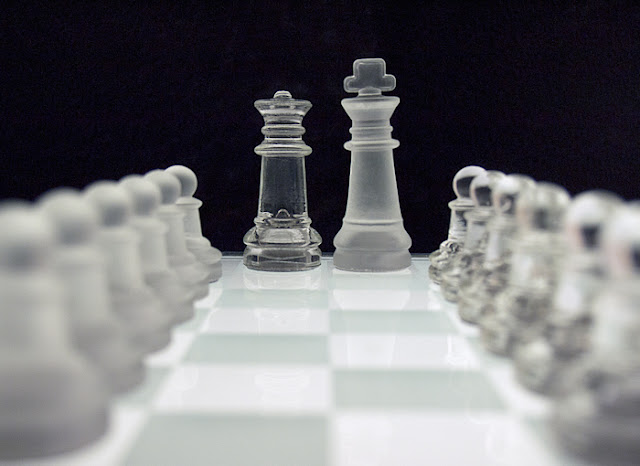 Happy with the image so far I took it to St Albans Cathedral, an excellent place to try its low light capabilities. 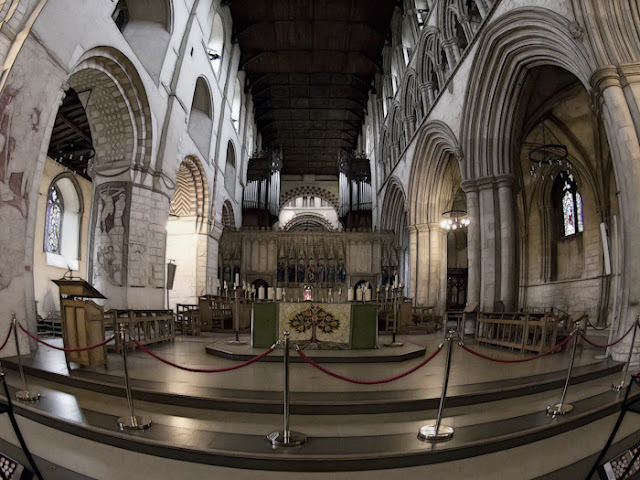 It has been post processed in LR which included some noise reduction, but I am impressed with the output so far. It does look odd with a large lens on a relatively small body but it feels good and it is nice to have  a smaller set up.
I will add more as I explore the camera further. It does have art filters added and video capabilities, so that should be interesting!
Week Forty Four - October 30th 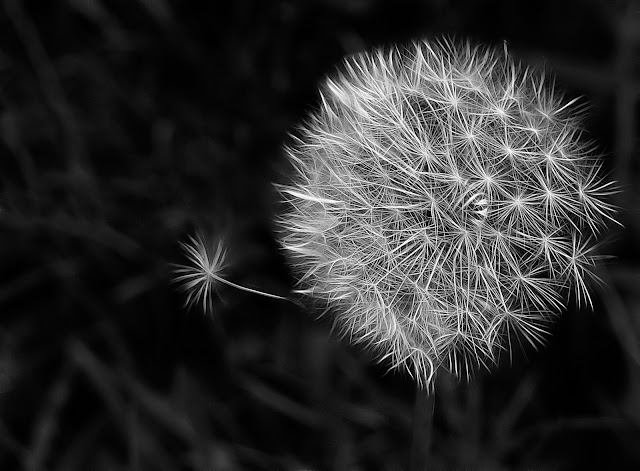 As autumn slowly turns into winter the last of the dandelion seed heads remain in the leaf strewn fields. On this occasion, during a visit to Whipsnade tree cathedral, I spotted one seed head and then noticed that one seed was hanging off. As it was a windy day I guessed that maybe the seed would be blown away from the head. I positioned the camera and waited. I looked quite ridiculous to the other visitors but my patience paid off and after about 10 minutes, having taken many shots(!) I caught this moment. I deliberately left space on RHS and I sharpened the head to emphasise the structure. Must admit to being quite pleased with this.