Remembering summer on the South Bank

Back in August I spent a day with a friend on the South Bank taking some snaps. I have only just got round to looking at some of them and decided to make a post out of some of my favourites.
As they say in all the best competitions...in no particular order

This one was taken as people were rushing off to work in the morning, me crouched on the floor to get this angle caused more than one strange look! 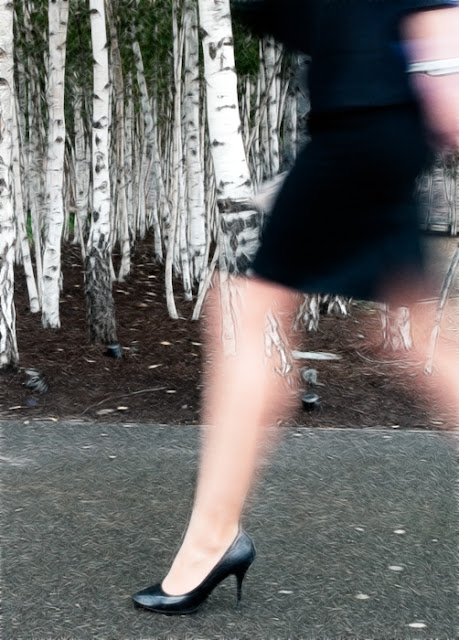 The Millennium Bridge has been photographed many times and yes I took all the usual shots. However I wanted a different angle, when I saw this corner I knew I had it...literally... and it was just a matter of waiting for a city gent to walk past. 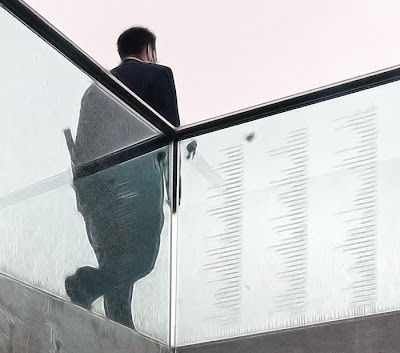 Sometimes this just seem odd, I called this Ancient and Modern, for obvious reasons. 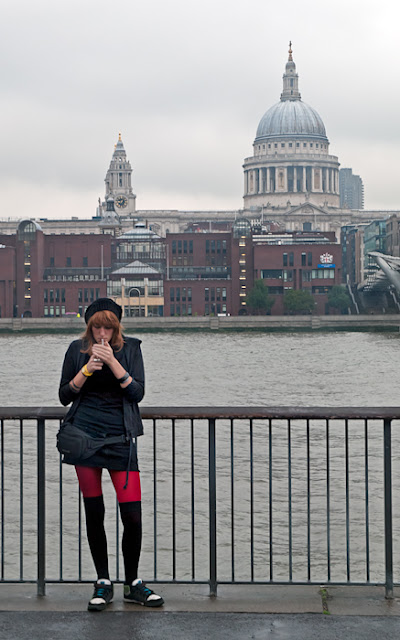 Another odd find was this hot air balloon tethered outside Tate Modern, we never did discover why it was there. 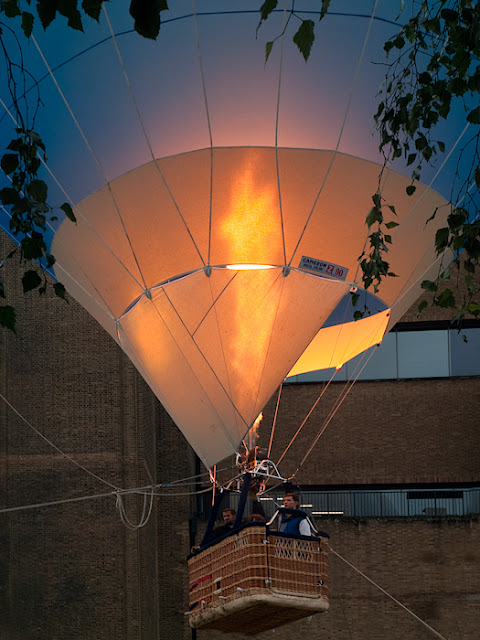 Boris's ﻿bikes just had to be taken, although only by photographers it seems!!! 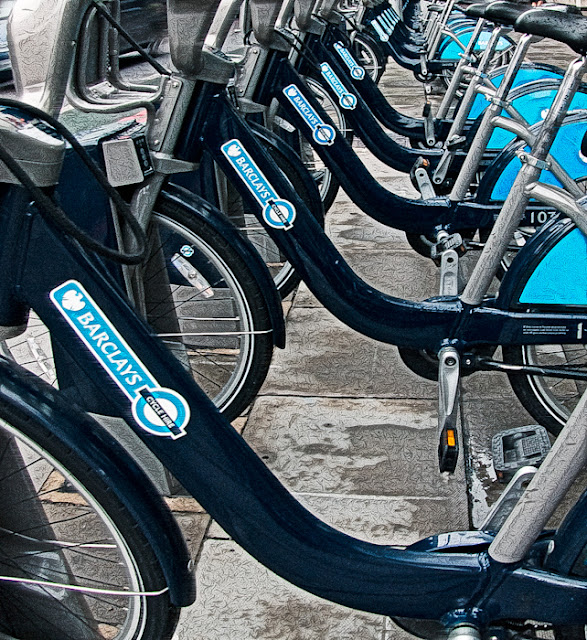 This building was lit as you see it, just one of those lucky finds, although I suspect that if entered into a competition it will be dismissed as a selectively coloured image. 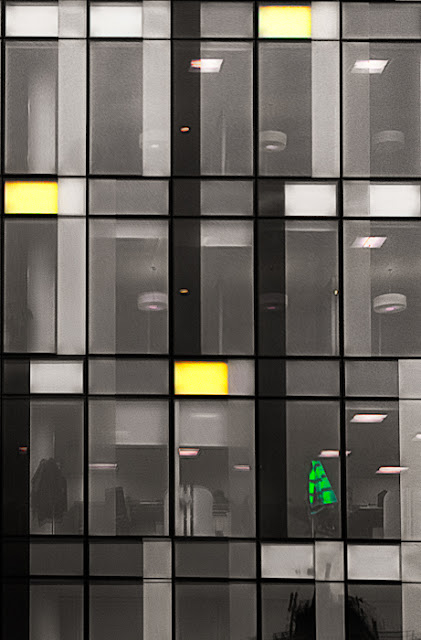 I always say when taking photographs look, up, behind and down, as well as in front. Looking down I saw this bit of peeling paint always 'appealing' to a photographer! 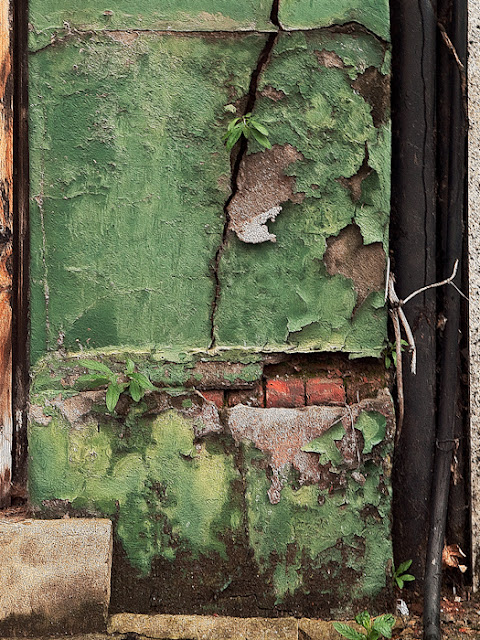 This one had to be taken. I am still working on it in order to get the most out of this image, may be one which will be entered into a competition one day. 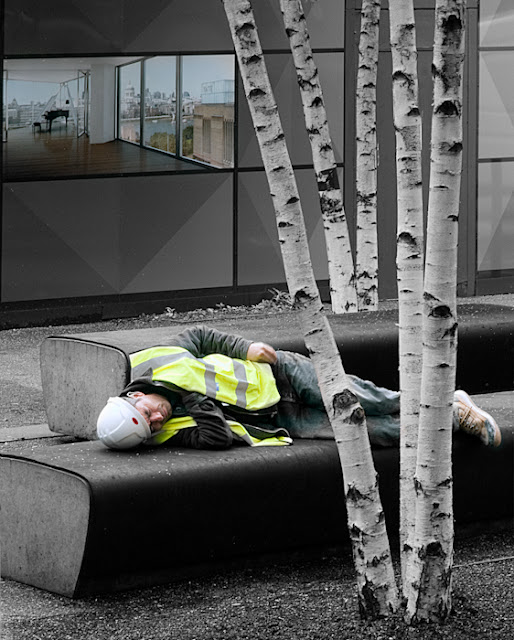 London is full of reflections, again it was a matter of spotting the potential and waiting for somebody to move into the right spot...and bingo there is your image.﻿ 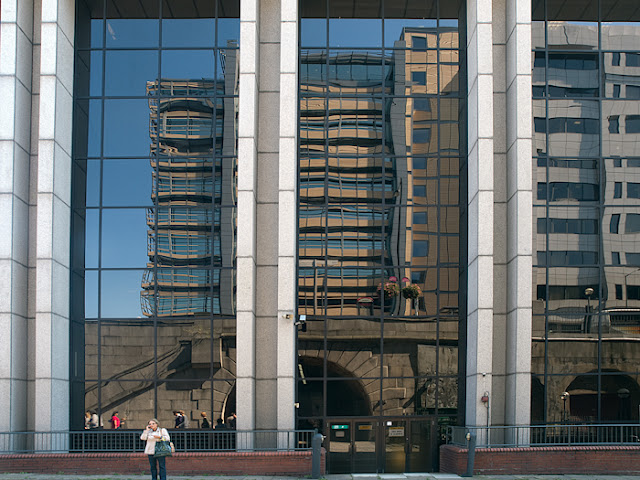 Back to the Millenium Bridge, this time with my infra red camera. I tried a low angle, but I think St Pauls is just a bit too small, back to the drawing board on this one. 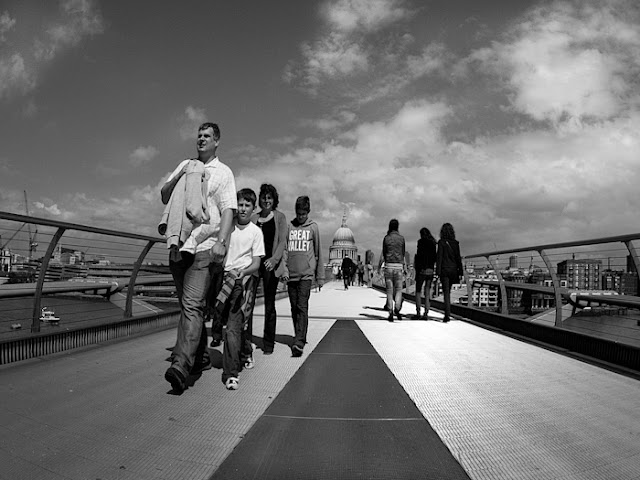 My final image was taken at the end of the day, when we were both rather tired and sitting on a wall getting enough energy to make our way back to the train station. I called this 'Culture Clash' and although I like the idea I think that, to work properly, it needs the young people to be looking towards me rather than away. 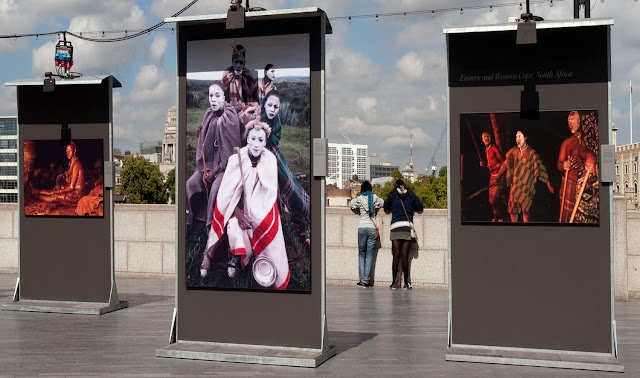 Posted by Shirley No comments: